There's so much going on at the moment, I don't know that I can stop. It's all run, run, run, along to-do and to-be lists that aren't easily escapable. And while I know I ought to be sorting out this or changing that, realistically this is not going to be a good time, no matter how well I organise it. It's not going to be controllable; but there's still the desire for the semblance of control. 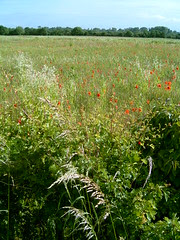 Into the pell-mell dash, then, come the desperate need to stop and think; but not too deeply, because at such times we are flirting with depression and withdrawal and all those other things jobs and responsibilities and the need to eat lunch will not allow for. Actions which force slowing down and consideration, but which also speak of control, appreciation and organisation. Spotting something precious or wonderful or unusual; that's positive, yet disconnected. The act of composition, framing, that takes a moment, and a certain distance. Ideally, you find a subject which needs repeated attention, like this meadow, where you can enter an intense meditation on the physical appearance of the world, excerpted from time and necessity. Freed from the to-do list. Into the ungovernable moment you can insert, like a spacer card, a frozen image of beauty, peace, pleasure. 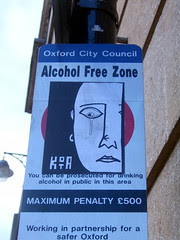 As times darken, and become more difficult, and complicated, and the urgency of the to-do-list comes knocking and will not be silenced, there is a faster more intence space where photographs take place, where the camera is not so much meditation, but mediation, between the photographer and agonising experience. The sad inevitability of being unable to save a baby bird, a long but necessary walk to pointlessness and heartbreak, the marathon emotional churn of funerals and other sad social occasions, the camera can set them back to arms length, allow focus on chosen details, return a semblance of control to a situation you would not have chosen. It can even be redeeming, snatching beauty from the darkness or finding company and interest in a lonely and despairing space. It puts purpose back into the moment; at its best, the photograph rebadges a bitter or painful experience as a positive, creative one. One marked, and conquered.

At the funeral, there was a big pond full of huge goldfish, and after the service, out came the cameras, photographing lillies, wavering feet over the water, half-familiar people scattered in semi-random groupings. The cameras provided distance, context, and a purposeful excuse to hang around. To be there. To belong, and to have a job; but also to observe and be an outsider.

To own experience, and not to be defeated by it.
Posted by cleanskies at 3:51 pm No comments:

I decided to build a wicker man on Flickr 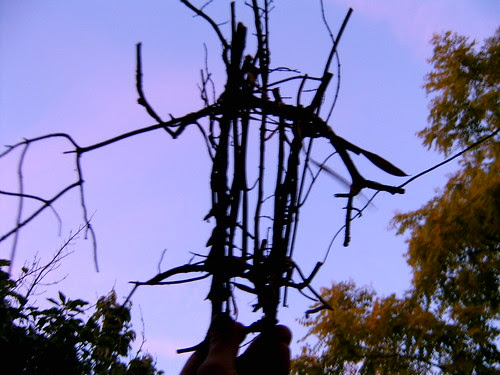 In which my titling habits produce an odd call-and-response feel to my 2004 solstice celebrations, when I report them a year later. Click on "next" for six photographs to read the full story.
Posted by cleanskies at 6:46 pm No comments: