Tumblr's new community guidelines came in earlier this month, and have been somewhat dissected already, of course. I had assumed that my largely anodyne tumblr (I use it as a basic scrap-book) had been passed over by the beady electric eye of image-analysis. Not so. Today I had a message about violating community guidelines. Really, Tumblr? 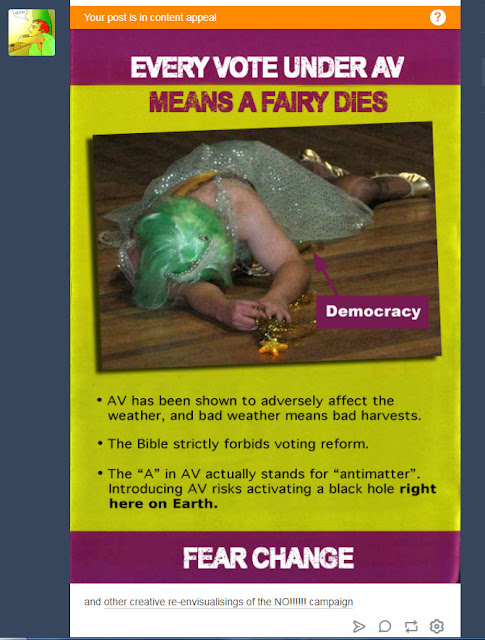 Yes, really. Presumably this one is violating guidelines for, I don't know, not really being funny any more? Appeal. 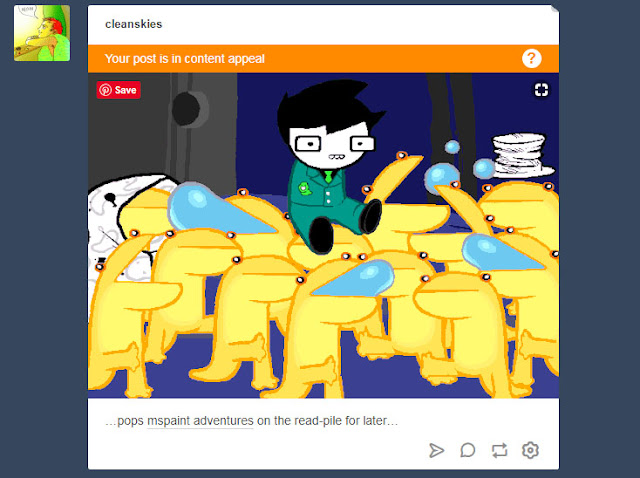 Ye-es. It does look a bit disturbing. Presumably all those little eyes triggered something, somewhere... sadly you can't see the jittering animation on this clip, which is quite nasty, but I'm still inclined to label this as NOT ADULT CONTENT.

Oh, but I've saved the best for last: 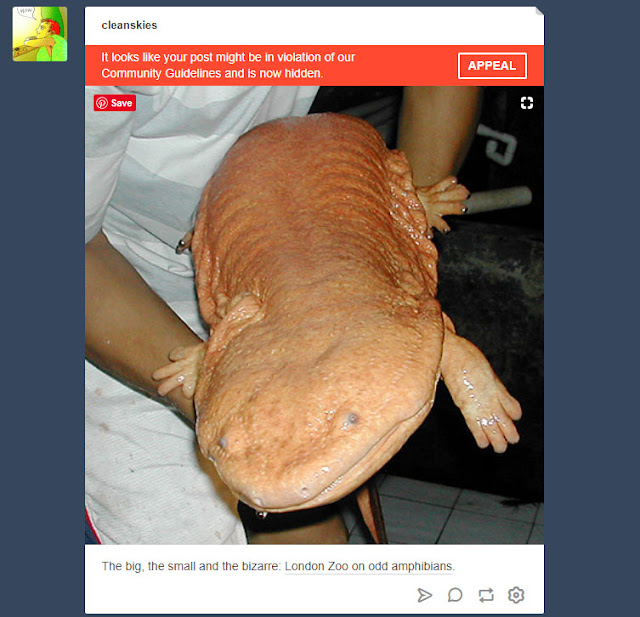 It's a giant river salamander, in case you're wondering.

Curiously, my other Tumblr, lesbians-in-flightsuits, has not triggered any warnings at all. Which is a bit of a surprise, as it's a fashion tumblr featuring a fair amount of experimental couture.
Posted by cleanskies at 11:15 pm No comments: