let me remove the improvements you have included as standard

I use a popular image hosting site (in fact, I use several, but there's one in particular that I adopted early and have stuck with since) many of whose best features have eroded over the years (alas, the notes function) but from time to time it adds another little thing. Sometimes these are great -- smart auto-tagging and the magic view (where the site sorts your photos into plants, people, animals, with only the occasional hilarious mistake) have been pleasant surprises this year.

But there have also been unpleasant surprises, the most unpleasant of which has been streamlining the embed code generator. It's had the noddy and big-buttons makeover which characterises the tablet-focussed web, accompanied by its usual reduction of options. So now, instead of asking you if you want their code snippet to top and tail your image with a bunch of text, it just does it, automagically.

This is quite tiresome, especially at small sizes, where the code top-and-tail can almost double the height of the image. I appreciate that they're just dying to say "hosted on Flickr" right where you can see it, but really when that information is a hover or a click away, is it really needed? 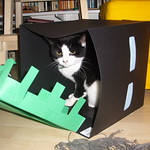 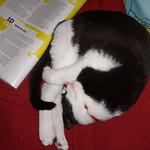 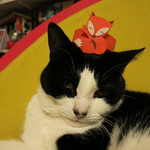 Naturally, given that if you're embedding you're often in code view anyway, stripping this additional bobbins out is a moment's work. But I'm old enough to be in the count-down to arthritis, and every click counts.

Edited to add: The code no longer seems to be loading effectively (I suspect to no-one's great sorrow) but it added almost a centimetre of logoed and betexted space above and below the image.
Posted by cleanskies at 5:12 pm 2 comments: