how many social networking sites can you think of?

Attended a talk about young people, social networking and contraceptive health, by Barbara Hastings-Asatourian, inventor of Contraception, the Board Game. Lots of interesting stuff, both from her presentation and the reaction from the workers.

One of the things she asked us was how many social networking sites we were aware of. For me, this was a question than ran and ran, throughout the presentation, and I eventually ended up with the list below: 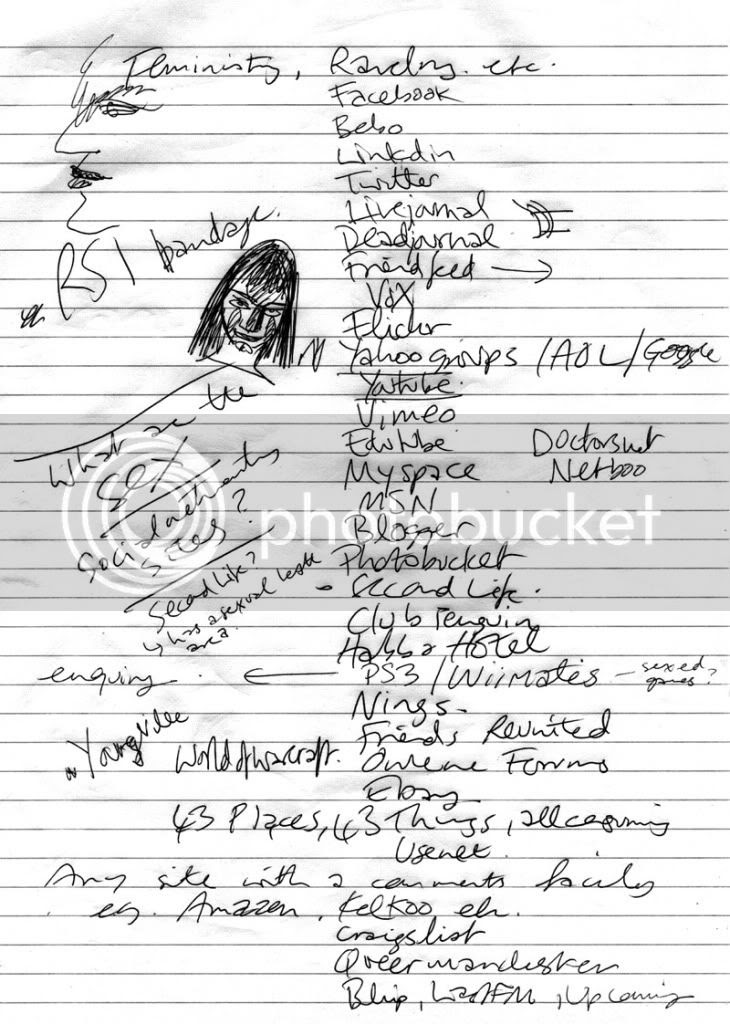 Pretty scary stuff. In a world with so many social networks, how can messages like safer sex penetrate successfully?

This second page has some of my ideas, but I probably have to interpret: 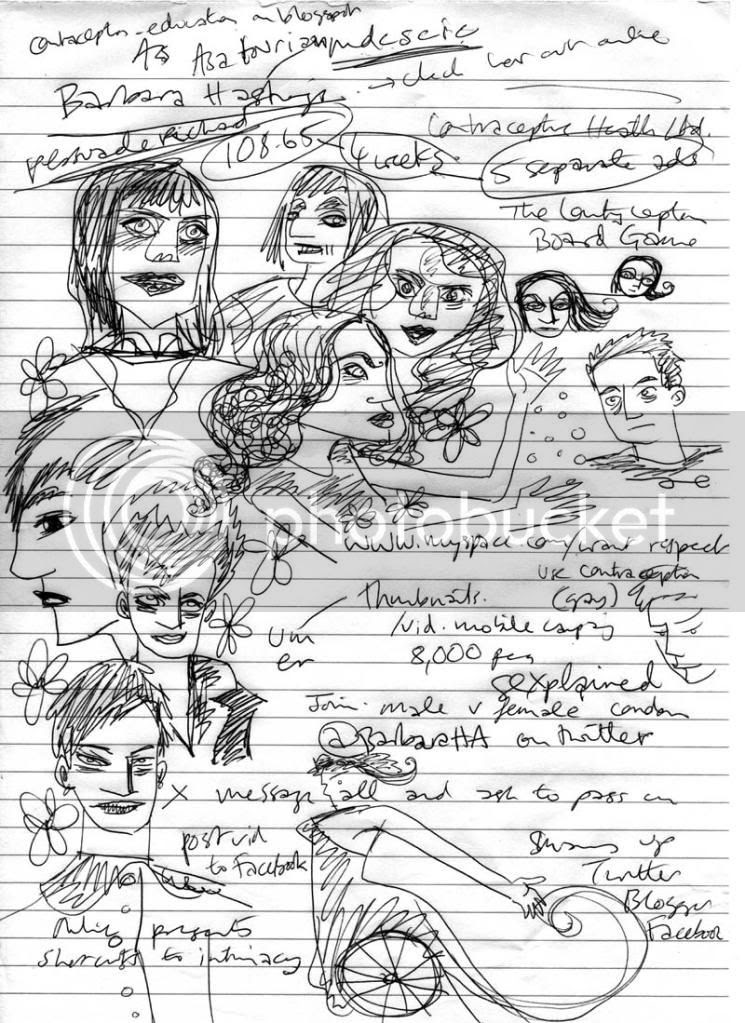 Not sure of the significance of the woman on wheels? Let me elucidate:
During the session, Barbara encouraged staff to share their anxieties about social networking, always useful, and a lot of the regular anxieties you always see turned up; privacy, timewasting, social/work blurring, alienation, potential for abuse.

There was also a staff member who was more forthright about the value of social networking and online communication in general (including email!) "People aren't socialising properly, they're not learning the skills to talk face to face any more, they're just talking online and that's not real communication, it's all happening in their head. They're just sitting behind screens, tapping away, what's that doing to them, mentally and physically?"

An interesting question. I didn't answer during the session, though I had to bite my tongue hard not to; I remember my first time, on telnet, talking to people in America. It was amazing, and it didn't replace offline communication, it enabled it. It made it better, and broader and less parochial. For the first time I felt like a world citizen, even if only in a small way, in a small out-of-the-way part of the world. But, OK, what has it done to me?
Physically? I'm average.
Posted by cleanskies at 4:36 pm No comments: